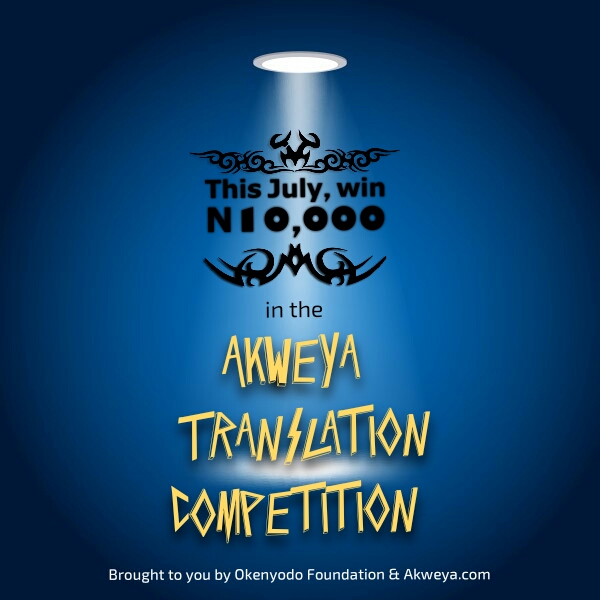 The Okenyodo Foundation and Akweya.com have announced a monthly Akweya translation competition, starting in the month of July 2017. The competition, which will be open to anyone, except the judges, will require the participants to translate excerpts from popular or classical writings into the Akweya language.

According to a release from the organisations, the aim of the monthly competition is to promote the use of the Akweya language, and in particular, to standardise its written form through regular use.

The Foundation, which funds the prize money for the competition, says it is starting from modest level of ten thousand naira about 33 US dollars.

The maiden edition of the competition will be announced on July 1, 2017. Participants will two weeks within which to submit entries.