"I started taking care of family issues at 10"--Agbogo 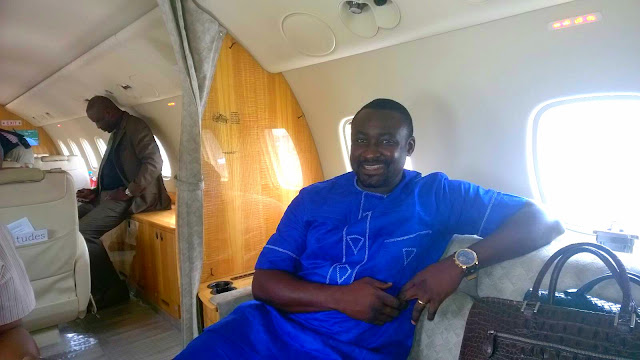 Mr Angbo Kennedy Agbogo, the fourth of six children, and the third of five boys, makes a living from joinery. He accomplishes that very successfully too. For him, having suffered for a long time while growing up, success is only an opportunity to build a successor generation. In this interview with Lawrence Okwa, exclusively for Akweya.com, the life coach and mentor who is trying to establish a school called  Kennedy Institute of Entrepreneurship Studies (KIES), talks about what drives him:

Please, may we meet you? Who is Kennedy Angbo?

I am from Ogyoma, Allan ward of Akpa District in Otukpo Local Government Area of Benue State. No doubt, like many Nigerians, and particularly the Akweya nation, I had a humble upbringing.

What was the experience like while growing up in such a background?

It was quite challenging while growing up. We had it rough, I remember at some turns in our life, we had to assist my mum selling stuff in the market to augment whatever Dad brought home, which was mostly insufficient. We eventually had to relocate back to the village as things became tougher for our parents.

This was the most defining moments in our life. Though rough and tumbling, it was a tough learning curve for me as it would later form whom I am today. We had had to experience culture shock and even reverse culture shock during our growing up days.

Entrepreneurship was instilled in me from our days of lack.


I remember during those moments, gypsy would be the best way to refer to us as we had practically been homed in nearly all the villages in Akpa land with as different experiences as those homes.

At some points, the most comfortable place for us was in my maternal village, Omajaga. I would refer to “Ngbrichi Nagwu” as our renaissance; here we learnt every skill we could, survival, self-preservation, team work, camaraderie, friendship, betrayal, discipline, devotion and communal living. 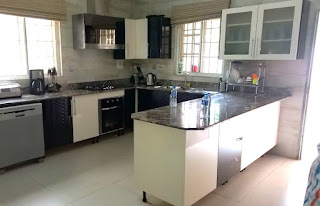 You're a promising entrepreneur, a venture rarely undertaken by Akweya. Tell us how challenging and rewarding it has been.

Entrepreneurship was instilled in me from our days of lack, going to the market with my mum, taking care of family matters at age 10; farming, not only for subsistence but for training myself and younger ones through school, was borne out of proving that we could defy the odds.

Like any entrepreneur, challenge is the name of the game. However, I had never lost sight of where I am going to: financial freedom. This singular reason has nudged me to do all I am doing to be successful.

The wealth of the 21st century lies not beneath the soil of any nation but in between the ears of nations’ citizens.

Business has been rewardingly challenging. I have enjoyed the ups and downs of doing business and the reward outweighs the challenges, for challenges are opportunities dressed in difficult cloak.

You're a public commentator and as a political analyst, what is your opinion on the political position of Akweya in the scheme of things in the last sixteen years.

My political views of the Akweya nation in our democratic journey so far has been nothing more than that of a short-changed nation within a nation.

I have never favoured the idea of marginalisation but nothing is farther than the truth. I hold firmly that a people are treated the way they perceive themselves. This has nothing to do with their affiliations, leanings, education nor numerical strength but collective ideology.

I strongly hold, that until the Akweya man sees himself as an equal contributor to nation building, nothing will tilt in his favour. There are no lucky people, for luck is labouring under correct knowledge; what do we know and what are our comparative advantage as a people.

We have all it takes to produce the best people for the highest offices in our country. We must desist from local bickering and self-destructive tendencies, the strength of any colony lies in its unity. We must speak with one voice and not self sabotage.

Okay. Unemployment in Nigeria to some can be described as a time bomb. What do you think is the way out and how can Akweya youth benefit from your wealth of experience?

Unemployment isn’t new nor is it peculiar to Nigeria. The hard truth is that unemployment would not abate as we think, because more people are becoming unemployed and unemployable.

The only way out of this quagmire is for individuals and development agencies to drive home the need for self discovery, self development and self mastery. The wealth of the 21st century lies not beneath the soil of any nation but in between the ears of nations’ citizens, for people will be unemployed for lack of knowledge.

I strongly hold, that until the Akweya man sees himself as an equal contributor to nation building, nothing will tilt in his favour.

For the Akweya youths, my charge to them is to quit depending and looking up to some saviour from the blues; we must take our destinies in our hands. We cannot expect others to do for us what we want for ourselves. We are our own architects and sculptors, therefore if we don’t like what we have, we must change what we have for what we want.

I encourage that the tough spirit of Akweyaness in us be unleashed for this moment, it’s an opportunity we must take advantage of and not see it through the lens of difficulty.

What would you say is the turning point for you in business?

My turning point came knocking something about two years ago after many years of staying the course in my previous job, where I didn't only work to earn but to learn. I learnt to survive the tide in business, how to negotiate, trade off, collaborate, meet clients' demands in record fashion and constantly improving on my craft. I have learnt the art of handling rejection professionally.

There will come a time if you don't hang the boot before your break comes, the ten thousand hours rule will favour you. That came my way after I had done a seemingly insignificant (what you would term jara) work for an oil magnate, Capital Oil MD and since then I haven't slowed down.

Finally, how would you describe what you do?

I would say I am more of an investment capitalist. But, for the record, I am into joinery, home makeovers, and a network pro. In a nutshell, I spot business opportunities and take them. I am also a life coach, into mentorship. Currently I am working on a school called Kennedy Institute of Entrepreneurship Studies (KIES).