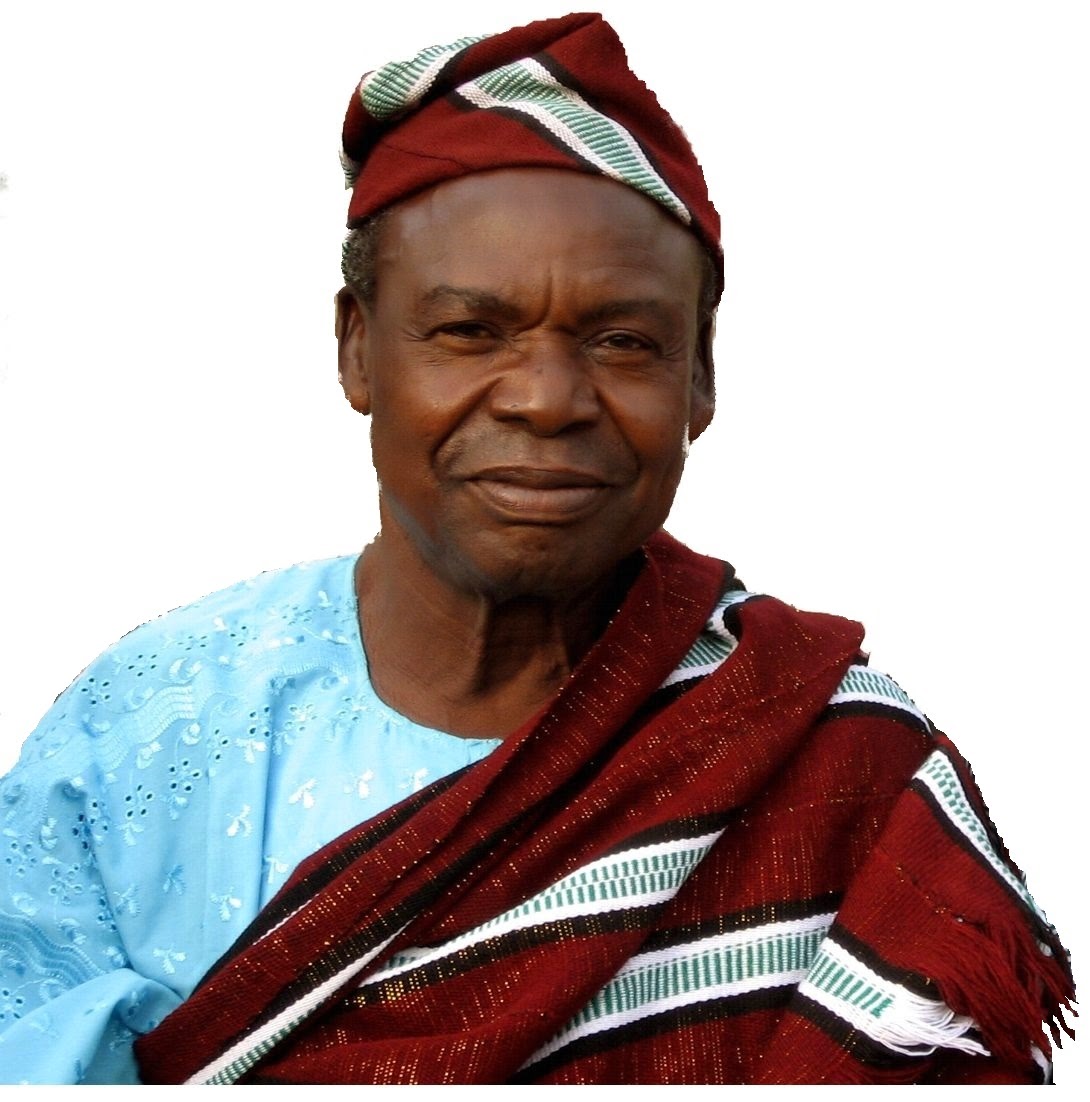 Akpallah Okenyodo lived a fulfilled life as artist, culture curator, historian, and promoter of the common good. His life was a breathing question to everyone in the modern world about why money and material things have become the standards for adjudging status.

(Watch YouTube video of Okenyodo speaking on
his research into Akweya Clan Greetings.)

Right from birth on the 26th of March 1940, Akpallah charted his own path in life. For him, the future only makes sense when one understands the past. The past, he believed, was encapsulated in a people’s present cultural practices and their language. These need to be nurtured and passed on from generation to generation.

It was only natural then that he’d start life as a teacher. First, he obtained the Primary School Certificate from St Paul’s School Utonkon, then the Grade III Teacher Certificate in 1962 from St Francis College Otukpo.

After obtaining a Grade II Teachers Certificate from TTC Lafia in 1970, he taught at Norcross College Otukpo where he rose through Assistant Headmaster to become Headmaster. In 1980, he left the teaching job to begin pursuit of his other loves—art and culture—as a staff of the Benue State Council for Arts and Culture, Makurdi, which was established in December 1977 just after FESTAC.

In this organisation, Okenyodo traversed Benue and many other parts of Nigeria gathering, documenting and studying the cultural practices of many ethnic groups. For years, he led the Benue State contingent to the then annual National Festival of Arts and Culture. He rose to become Head of the Visual Arts Department of the Benue State Council for Arts and Culture, the department which researched into the traditions, arts and craft from all corners of the state.

Within this period, he had obtained a Diploma in Industrial Design and later, a degree in Industrial Design majoring in Ceramics from the Ahmadu Bello University, Zaria. In 2000, at the age of 60 years, following retirement from the civil service, Okenyodo decided, in his own words, “to show that there is no end to education, for learning is lifelong”: he enrolled for a master’s degree course at the Benue State University, Makurdi. True to his calling, his thesis was a study of “Oglinya Cultural Dance Among the Idoma of Benue State”. He remained the highest degree holder in the family until his death.

Chief Akpallah Okenyodo kept records of everything, conscious that Nigeria is a nation that has fast forgotten its past. For him, there was no need to seek the limelight by venturing into the areas that were money-spinning or politically safe. He worked for the welfare of Akweya, Idoma, Benue and Nigeria.

From his archives, you learn that he was worried about the theft of artefacts and ancestral masks in the name of ‘antiquity’ in the late 1980s. His personal files show the exact dates: the masquerade mask of the Ekpari at Otobi was stolen on April 30, 1988, Ifu Akpa’s at Onyuwei on November 5, 1988, and the Imala’s on July 28, 1989. He kept personal records of births and deaths that came to his attention.

He kept records of community development issues as well as the wider historical concerns of the Idoma, Benue State and the former inhabitants of the old Kwararafa Kingdom. Always seeing life through humour, he drew caricatures of the governments of Abdullahi Shelleng, Aper Aku, and IBB. He was an eternal student and teacher, a tribute to which professors and undergraduate students always came for research and debates.

As recognition of his wealth of knowledge and experience, when His Royal Highness, Agaba Idu Elias Ikoyi Obekpa was installed as Och’Idoma IV, the monarch appointed Chief Akpallah Okenyodo as Secretary, a position the deceased held until he voluntarily relinquished it.

In 2004, Chief Okenyodo also served as Secretary to the Idoma Area Traditional Council’s Committee on the Development, Preservation and Conservation of Idoma Traditions and Culture under the chairmanship of HRH J.E. Antenyi, the Odejo k’Apa of Ugbokpo. The Committee looked into Idoma culture, language, marriage, death/burial, dresses, regalia, costumes, and recommended the conferment of honorary chieftaincy titles.

He worked assiduously on the development of the Akweya alphabet, improving on the pioneering efforts of the late Onka Oblete. His unpublished works were myriad, including: Anumowowo Traditional Dance (1999), Counting in Idoma (1986), Enjeba Akweya (2006), Idoma Names and Their Meaning (2000), Idoma History and Culture (1996), Traditional Marriage in Idoma (1978).

Chief Akpallah Okenyodo was a grandfather, father, and uncle to many from far and near.